CLIMATE CRISIS AND THE BIBLE

CLIMATE CRISIS AND THE BIBLE

Climate Strike - This week Septem,ber 20-27, is be historic. In over 150 countries, people are stepping up to support young climate strikers and demand an end to the age of fossil fuels. The climate crisis won’t wait, so neither will we.Enclosed is an article from the www.saltproject.org  about the Climate Crisis we see on the news. Here is their article called: Climate Crisis and The Bible from September 18, 2019.

Next week, on Monday, September 23, the United Nations will hold a Climate Action Summit in New York City - preceded by a U.N. Youth Climate Summit on Saturday, September 21.  And on the Fridays before and after these events, September 20 and 27, youth-led “climate strikes” - inspired by the “Fridays for Future” climate strikes pioneered by the 16-year-old Swede, Greta Thunburg (pronounced “TOON-berg”) - will call attention to the crisis and insist on swift, wise action.  Millions around the world, in more than 150 countries and counting, will participate in the strikes. The stakes - and the anxieties - are almost unimaginably high.

What does the Bible have to say about all this?  Quite a bit, as it turns out, from Genesis to Revelation.

The two creation stories in Genesis, different as they are, share a common central theme: humanity as the guardian and gardener of creation.  In the first story, we’re cast as custodians, created in God’s image precisely so we can be creatively hospitable to the world God has just creatively, hospitably made.  Accordingly, God grants humankind “dominion” - but only in the context of this larger call to stewardship. “Let them have dominion over” may just as well be translated, “Let them have custody of…” or “Let them have responsibility for…”  Literally, the Hebrew in Genesis 1:26 is “Let them rule over,” an allusion to Near Eastern kingship - but remember, the first 25 verses of Genesis have just laid out in vivid detail what true kingship really looks like: the gracious creation of a beautiful home, a household of creatures meant to live and thrive and multiply.

Likewise, in the second creation story we’re cast as gardeners, created by God expressly so the Garden of Delight (“Eden” likely means “delight”), full of fruit trees and countless other creatures, may flourish.  The story of humanity’s fall away from God, then, is at the same time the story of our fall away from our original vocation as creation’s gardener. In other words, according to Genesis 2-3, a primary consequence of human sin is our loss of this custodial role.  Salvation means our return to it!

The Noah story, at its heart, is a reprise of creation itself, a “do-over” precipitated by the fact that the world had become “filled with violence” (Genesis 6:11).  To modern eyes, the story raises questions like, How could God do such a thing? - but for the authors of Genesis, accounts of a primordial, devastating, divinely-caused flood were all over the Near Eastern world, and so the existence of such a flood was taken for granted.  The open questions were, What does the flood say about God, creation, and us?

To ancient eyes, three things would have stood out about the Noah story: first, that the waters rose not because God loves violence, but on the contrary, because God was so aggrieved by the pandemic of violence on earth.  Second, that after the flood, God makes a covenant with the earth and all its creatures (including but not limited to humanity), forswearing such violence forever. And third, that the human role in the drama is a decisive return to our original vocation: to serve and protect God’s creatures, building an ark to house them, gathering food to feed them, and thus preserving the world’s biodiversity - in short, “to keep them alive with you” (Gen 6:19).

But wait, there’s more!  When the authors of Leviticus and Deuteronomy envisioned the sabbath day and the sabbatical year, they included domestic and wild animals, and even the land itself, as beneficiaries of these times of rest (Lev 25:4-7; Deut 5:14-15).  Likewise, the Psalms are full of passages underscoring that the earth and its many creatures belong to God, and that God delights in them and cares for them every day (e.g., Psalm 104:10-15).

Jesus, too, picks up on these themes: every creature, he insists, even the wildflowers and the smallest sparrows, are under God’s active, loving care (Matt 6:25-29; Luke 12:6).  In this week’s lectionary reading, Jesus warns against the perils of hoarding money and possessions, arguing that what money is for (and by extension, what economies are for) is building up the health of the wider beloved community (Luke 16:1-13; see SALT’s commentary here).  And finally, near the end of the Gospel of Matthew, Jesus completes and sums up his public teaching ministry with a vivid, haunting parable.

What he doesn’t say in this parable is telling.  He doesn’t conclude his years of teaching by saying, “When the last judgment comes, the distinguishing mark between the sheep and the goats will be that the sheep have all the right theological opinions,” or that “the sheep are generous to their inner circles of friends and family,” or that “the sheep attend church twice a week.”  Instead, he says they do six specific things: feed the hungry, give drink to the thirsty, welcome foreigners, clothe the naked, care for the sick, and visit those in prison (Matt 25:31-46).

The climate crisis, if we allow it to continue, will devastate each of these six groups - indeed, it’s already doing so today.  Extreme weather, famine, and disease all threaten the impoverished and disenfranchised first of all and most of all. We are currently living through a refugee emergency around the world, but the climate crisis promises to create waves of desperate migration that will dwarf today’s challenges - and that, in turn, will intensify authoritarian politics, incarceration rates, and the likelihood of war.  When it comes to “the least of these,” the climate crisis is indeed the perfect, devastating storm. Taking Jesus seriously means confronting that crisis with vigor, resolve, and lifelong commitment.

Finally, near the end of the Book of Revelation, the prophet poetically describes a “new heaven and new earth” - but strikingly, the vision isn’t of somewhere else, some new paradise set entirely apart from the earth we know and love. Rather, the vision is of heaven descending down to earth, with the earth preserved, transformed, and restored. The “New Jerusalem” doesn’t entail leaving the old one behind. God made and dearly loves the earth, and made us to help protect it, to help serve it, and ultimately, by God’s grace, to help renew it: “Thy kingdom come, thy will be done, on earth as it is in heaven…” 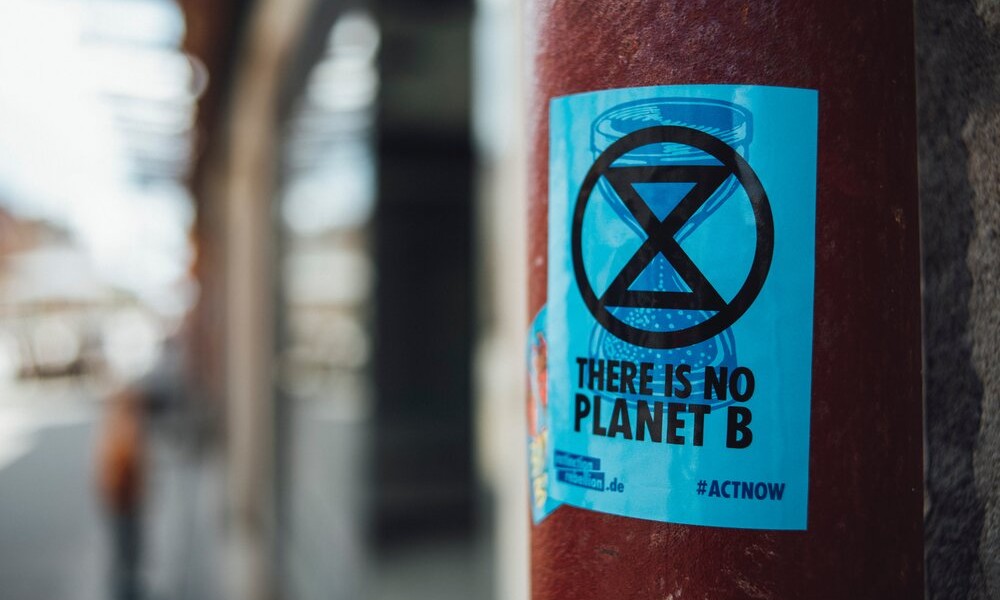 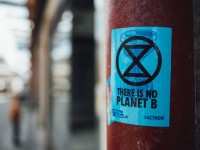